We're back from our Winter Break, back to our school schedule as our second semester commences. I'm not even sure how to begin this since so much has happened since I last posted, both in my personal life and in the our nation. First, I'm writing this from my daughter's laptop because our computer went kaput. So, that's one thing. Then my mom ended up in the hospital right before Christmas. Then our oven broke. Then we woke up New Year's Day to the shocking new of the passing of my aunt. Finally, we got some news that may create some changes for us. I know none of this is exactly homeschool related but there are always lessons to be learned.
Despite these things I know we're blessed. Yes, our computer needs to be replaced, but in the meantime we have a laptop that we can use for homeschooling and other functions. Plus, we can (sort of) afford to get a new one. Yes, my mom was in the hospital but my siblings, who live closer to her, were on top of things and my mom was able to get the needed care and recover. Yes, my oven broke but I was still able to make healthy meals for my family, with groceries we were able to purchase and get the oven fixed. Sure, the news we received is a little troubling, but we're trusting in God for it....for all of it.
As for my aunt, I haven't publicly written anything about her. It's hard to write about loss and death. Most who know me know that I enjoy writing. It's how I process things; how I vent, get things done, how I sometimes pray and how I remember things. Occasionally, it's also how I grieve.
I was blessed to have known my great grandfather and spend time with him. He had nine kids and with that came plenty of cousins for my mom. In our Filipino culture, they are considered my aunts and uncles. When I was little I had no idea how I was related to all these people, but when we gathered at my Papa's house I knew it was going to be fun and loud; that there would be teasing, jokes, laughter and that we would need a good twenty minutes to say goodbye to everyone as the evening came to an end.
I grew up surrounded by those aunts and uncles, another blessing. Time and distance eventually made it difficult to gather often, as it does for most when we get older and raise families of our own. Annual family reunions and social media allows us to keep up with each other. In one of our last social media interactions my aunt said she was proud of me for homeschooling.
This aunt in particular I always thought of as the "tough one". She had a way about her that conveyed not to mess with her, yet behind that façade, there was a gentle and humorous, often sarcastic, side. I think all my aunts have a bit of that toughness about them, to me it just happened to stand out more in her. She was close to my mom's age, younger by five years. My mom shared that my aunt always made a point of reminding her that she was and would always be five years older. My mom only has brothers, so this aunt, much like my mom's other female cousins, was the closest she had to a sister. Auntie Edna had a distinct voice and laughter, the kind you'd hear in a crowd and you'd know it was her. She played a key role in several of our family reunions. Sometimes, when I heard her call out someone's name I thought they were in trouble! You could only confirm that you were about to "get it" if she also gave you "the look" as she called you over. I can still hear her, though it's been a few years since I've seen her in person.
I'm grieving for great aunt (her mom), my uncle, for my cousins (her husband and kids), my mom...my family. We're all in disbelief. It doesn't seem real and like many families who've lost a loved one over the past year, it's even more difficult that we can't gather, cry and hug, support each other and laugh as we share stories of remembrance.
Our family reunions will never be the same without her but I do pray we'll be able to gather again...soon. Our time here is precious and short. If you need to forgive someone, forgive. If you need to apologize, say "I'm sorry" or "I was wrong, forgive me." Don't let petty things...your pride, your selfishness, your stubbornness stop you from humbling yourself and serving others with love and compassion, especially your loved ones. There's already enough division in this nation, don't let it infiltrate your family.
In the midst of our struggles, our mourning, our pain and our joy; in the midst of our divided country, He is with us. His name, Immanuel, means "God with us". It's hard to understand; hard to grasp sometimes. We are not promised a happy life, a good life, or even a long life. Jesus even says that we will have trouble BUT (and this is where my heart swells with joy and gratefulness) Jesus has overcome the world (John 16:33). He's overcome all the things we His children endure, even death! (Romans 6:23). 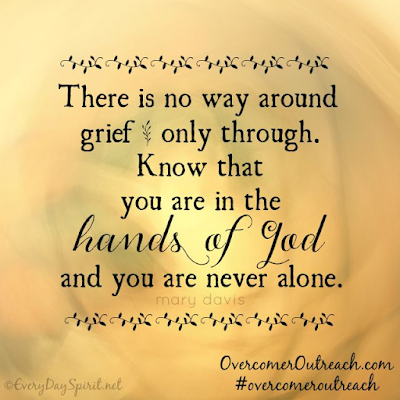 Posted by The Accidental Teacher at 3:36 PM No comments:
Email ThisBlogThis!Share to TwitterShare to FacebookShare to Pinterest
Labels: Grief, Year 8

I don't know about you, but after Thanksgiving things seem to speed up and slow down at the same time! Our homeschool days feel long and even though it's the same work, nothing new or added, it drags on. But then the countdown to Christmas Day gets shorter and I realize that I still have presents to buy and wrap, cookies to bake, fudge and hot cocoa to prepare and I have to figure out what kind of December cake to bake before the New Year arrives! I don't think I've mentioned it but my goal for 2020 was to bake a different cake every month. I chose to do it because Little Toughie was three when we started to eat Paleo and I stopped baking. She missed out on a lot of goodies. While we still eat Paleo-ish, I figured a cake once a month is fine. Plus, we share the larger ones with neighbors, thus giving a treat to our friends while not taking in too much sugar.

Are you done Christmas shopping yet or are you a last minute shopper? Are you one who likes the adrenaline rush of finding that perfect present right as the clock counts down to 11:59 pm? Well, that's not me. I'm now somewhere in between. I used to be really good at getting my shopping done by the end of August, no later than the end of September. Yeah, I can't do that anymore. For one, I've never been a fan of shopping. The introvert in me doesn't like crowds and if I do shop it's always for something specific, so I don't spend a lot of time "window shopping". Secondly, the stores I would normally shop at have closed! Borders, Toys R Us...what else? I can't even remember, but I've resigned myself to online shopping and gift cards. All of our family live elsewhere anyway, so online shopping just makes even more sense.

As for our homeschooling I have to admit, we're bored. The kids and I are bored. As their teacher, I am bored. We've spent the past four years reading plenty of books based on the time period in History which we were studying, all the way from Ancient History to Modern. What we're reading now is indeed review. We're condensing those four years into two, studying World History over this year and next in preparation for high school. But the books that Sonlight recommends as their spine, or main history text, is underwhelming. It's supposed to be geared toward 12-14 year olds but compared to what we've used the past three years, this is feels like it's best for 9-11 year olds.

Perhaps it's for the best that it's that way, for now. Little Toughie is taking that writing class via Circe (she actually said she's going to miss it now that they're on a break) and it's a lot of work. So, maybe it's okay that it's humdrum reading. Maybe. Or maybe this mom is just ready for some time off from homeschooling!

We're approaching our Christmas break and as I finish writing this there are cookies in the oven, cookies on trays ready to be put in and cookies on cooling racks. Later, they'll be drenched in chocolate and topped with crushed candy canes. My little helpers (my kids and hubby) are ready and willing. Anything for my holiday cookies! We'll be off for three weeks total, with two of those weeks focused on things we missed in November because of NaNoWriMo. Mostly the science experiments! Then we take one week completely off. This is where I start planning the next school year since curriculum starts to go on sale late January and I want to take advantage of it.

I'll attempt to catch up on some reading as well. I've tried to start a tradition where I wrap a new book for everyone to start reading on Christmas Eve. It's the one present they get to open. I did it twice and then forgot. If you need a reading list to either start the tradition or just to snuggle up and read while sipping some hot cocoa, This Reading Mama has two great lists:

I can tell you what traditions have stuck...the ones that have to do with food! Do you have a meal that you only have on Christmas Eve and Christmas Day? Or how about New Year's Eve and New Year's Day? It started out with just cinnamon rolls Christmas morning and something with black-eyed peas on New Year's Day. Then somehow, with the help of the kids, we now have several different standard meals on those days. If I even try to make those meals mid-year I get a resounding, "NO!"
With that said, I leave you with a very Merry Christmas and a picture of the cookies before they were packaged and passed out for a door-to-door cookie exchange. I also leave you with this, the reason for the season:

For to us a child is born,
to us a son is given,
and the government will be on his shoulders.
And he will be called
Wonderful Counselor, Mighty God,
Everlasting Father, Prince of Peace.
Isaiah 9:6 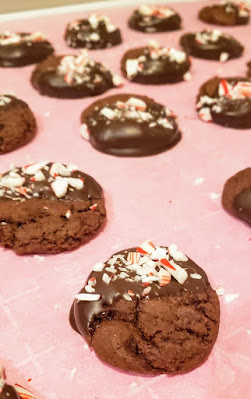 Posted by The Accidental Teacher at 10:00 AM No comments:
Email ThisBlogThis!Share to TwitterShare to FacebookShare to Pinterest
Labels: Christmas, History, Reading, Sonlight, The Story of The World, Year 8
Older Posts Home
Subscribe to: Posts (Atom)

Promote Your Page Too